OK, so we’ve all done it on Grand National Day.  Whilst we all like to be experts of handicap steeplechase, we browse down the list until we find a horse with a tenuous link to our football club – anything with blue in the name and I’ll stick a quid on it at an outrageous 100/1 – no wonder a win in this event eludes me  still.

The emergence of The Belarusian Premier League during lockdown has offered some relief for the football-starved fan.  In that time, FK Slutsk have emerged as one of the fan’s favourites as people adopt a Belarusian team to follow.  Perhaps some/much of that though is down to the name which in England could be deemed as rude as surely it would just as easy to follow champions BATE Borisov (the current and 13 years consecutive title winners) or another team such as Isloch, right?  It is fair to say that the edgy name of Slutsk will gain attention, which becomes an affection and what has seen their Facebook Page attract 6,400 followers.

A quick look at FK Slutsk shows us a good team, promoted to the top tier of Belarus Football back in 2013, however their best position has been 8th in 2018 and last term they finished 11th.  Therefore backing up the theory that a name is the attraction, we certainly don’t have a Glory-Hunter situation on our hands.

This season FK Slutsk sit pretty at the summit of the league, two points clear, having notched an impressive 5 wins from 7 matches culminating in 16pts, although the mass following started way before this great run of results commenced.  How much of the Slutsk rise is a result of massive exposure and can they sustain it?   Don’t underestimate the great job being done on Social Media, in fact this video was the best thing posted about any of the clubs which was applauded by many new fans…

You can watch the full video here.  Following the recent hype I found myself following them closely on Saturday as they won 2-1 away at Dinamo Minsk, I celebrated their goals and whilst I was originally allocated a Belarusian team in Vitebsk by FotMob, my heart is now with The Slutsk!

So what other clubs have “Cool” names?

We’ve dug deep into a few leagues and come up with some football clubs which cause instant intrigue.  We start in the Finnish third tier (Kakkonen) where we locate FC JAZZ.  What a name that is!  Based in Pori, Finland their name instantly pulled me in however I was quite disappointed with their logo – I had visions on multicolour stripes and rainbow infested shirts, but no.

For those wondering, we are unlikely to see FC Jazz climb the pyramid anytime soon with just 2 wins in their last 11 matches….. 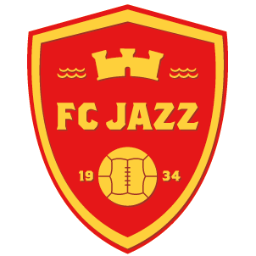 Next, we head over to Tanzania and the Ligi kuu Bara where we find Simba FC.  Simba of course is the main character in The Lion King and clearly resonates well within the country which reports approximately 15,000 lions in their National Parks, more than any other African country.

Note:  There is also a Simba FC in Uganda. 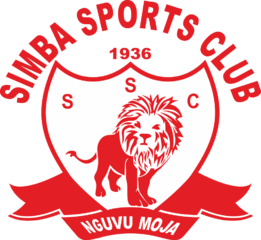 So this one had us tickled.  Visions of an oval egg, maybe even a chicken, but it wasn’t to be.  FC Egg participate in the Austria Landesliga, Vorarlberg Group, which is the fourth tier of football – nothing else to add here…. 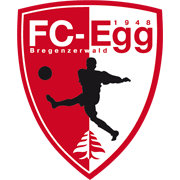 Yes, this is really the name of the Bolivian Premier Division Club.  Based in La Paz and founded in 1908 they have a strong history.

However, naming yourselves with such a heroic name can leave yourself open should things turn sour.  I am sure many rival fans wait for times when they are bottom of the league (they are now alphabetically) so they can say that they really are THE STRONGEST team in the Premier Division, as they are holding everyone else up.

This piece of club research threw up a sad story and that was in 1969 following an exhibition match in Santa Cruz, the plane carrying 20 members of the team crashed killing all those on board.  Known as the Viloco Tragedy due to the name of the rural area of the crash site. 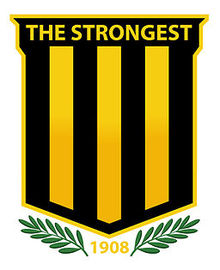 Eventually we came across a football club which does what it says on the tin, almost.  Pärnu JK Poseidon play in III Liga in Estonia having been relegated in 2019 and originally founded in 2013.

The logo isn’t quite the tsunami crashing into a large vessel like the 1972 film, but the name of the club comes from Poseidon, the ancient Greek God of The Sea, whilst the badge itself incorporates the arm and staff of Poseidon.  This is an extract from the football club’s own website:

“The name of the club Poseidon comes from ancient Greek mythology. Namely, for the ancient Greeks, Poseidon was one of the twelve chief gods, more precisely, the sea god. Poseidon was often portrayed as a deity who rode across the depths of the water with his golden seahorses. In addition, he wore a powerful triangle that could make the sea roar in an instant. Little Pärnu is not necessarily far from this ancient time and from a foreign land. After all, Pärnu is a well-known seaport city, having been an important destination or a beloved home port for sailors for centuries. One can hope and believe that Poseidon, the ruler, will come to the aid of lindens with his power and cunning”

JK Poseidon haven’t played a match since 26/10/19 however noticeably they won that match 5-3. 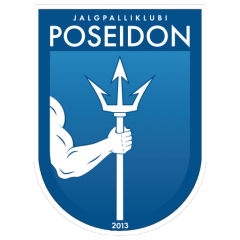 So we stay in Estonia and move up to II Liga where we find FC Joker.  Unfortunately no bright green and purple design instead a much more corporate looking logo.

Full name Raasiku FC Joker, they were formed in 1993.  Having spent most of their history bouncing around II Liga, III Liga and IV Liga, they managed to gain promotion to Esiliiga B where they stayed between 2015 and 2017 before returning to the lower league. 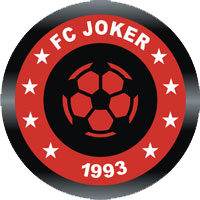 Yes, Flat Earth FC really does exist, a Spanish team playing in the Tercera Division, Group 7 which is the fourth tier of football in Spain.  Formed in 2016 as UD Móstoles Balompié, the club had it’s name changed in June 2019 by President Javi Poves to Flat Earth FC who publicly endorsed the theory of Flat Earth – that the planet was flat, and not spherical.

“Football is the most popular sport and has the most impact worldwide, so creating a club dedicated to the flat earth movement is the best way to have a constant presence in the media.  This will also be the first football club associated with a cause and an idea, without having a specific location.  Professional football clubs are subject not only to a nation, but also to a city.  Flat Earth FC is the first football club whose followers are united by the most important thing, which is an idea” – Javi Poves.

Flat Earth currently sit 10th in their division and the Earth is still round.

OK so nothing funny is this football club name, but possibly the most talked about City in recent months so we thought we’d include the football team as part of this.  Wuhan’s last match took place on 1st December 2019 with a slender 1-2 home defeat to Hebei CFFC.

Wuhan Zall Football Club is part of the Chinese Super League and based in Wuhan, China since being founded in 2009 and having started in the third tier.  In 2018 ex-Everton player Li-Tie managed to gain promotion for the team to the Super League before departing to become Manager of the China National Team. 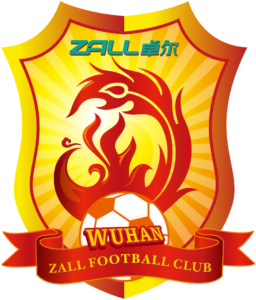